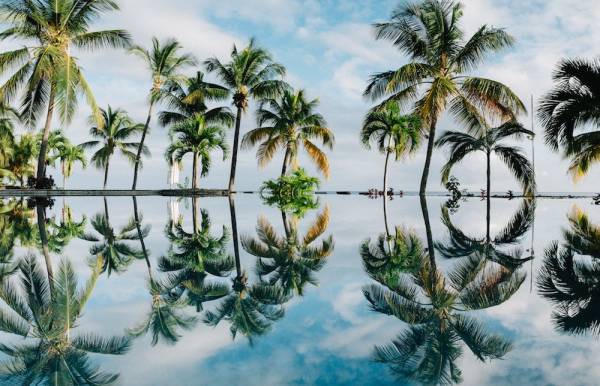 In times of meteorological uncertainty like we’re experiencing now, planning a holiday with guaranteed glorious weather is a bit like playing a game of Russian roulette. But there’s one safe bet as far as stable, temperate weather goes – and that’s in picture-perfect Mauritius

The tropical island in the Indian Ocean is renowned for its mild all-year weather, and this makes it the perfect destination for your wedding, honeymoon – or both.

There’s very little difference in the weather conditions during summer (November to April) and winter (May to October) so this allows travellers to visit at any time of the year for that picture book holiday. This seems like the exception rather than the rule these days.

Honeymooners can look forward to the most vivid sunsets on the West coast of the island, while the cooling breeze on the East coast during the sweltering summer months from November to March brings such welcome relief from the heat and humidity. 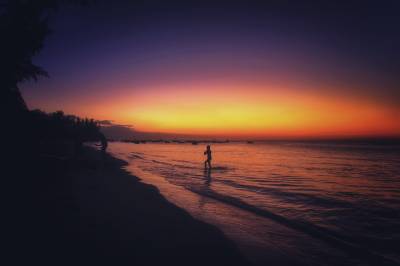 For the time being, Mauritius appears to have escaped the radical shift in global weather patterns brought on by climate change.

Generally, the western and northern regions are warmer and drier than those in the east and south.

The sea temperature ranges from about 21℃ to 26 depending on the conditions and the season.

Heavy rain is common from January to the end of March. The hottest months of the year are usually December, January and February when also cyclones can occur.

The humidity is quite high in the air during the summer time mainly on the coastal part of the island.

If you’ve travelled to Mauritius before you’ll know about the multitude of microclimates on the island. It could be pouring with rain while you’re having breakfast and bright and sunny by lunchtime.

If a day starts out grey, chances good that you’ll be sipping on your sundowner after a super afternoon tanning on the beach.

The best time to visit?

Each season has its pros and cons, which is why you need to take all the factors into account before making up your mind on when to travel.

The summer is ideal for a Mauritius beach holiday. The days are long, hot and sticky making swims in the ocean more refreshing and those East coast breezes so fabulous. Bear in mind, though, that it can get uncomfortably hot between December and February.

This is the best time of the year for diving enthusiasts as the waters are at their clearest, turquoise blue. Anglers will also enjoy this time of the year, with big game fishing at its best.

During the cooler months, between July and September, you’re likely to experience less rain. However, you won’t be disappointed if you’re looking for a tan because there’s still plenty of sun during these months.

This is the ideal time for surfers to travel as they will be rewarded with amazing surfing conditions along the West coast, especially in Tamarin and Le Morne.

The nice thing about the off-peak season is that there are fewer tourists on the island, the hotel rates tend to be generally lower winter and humidity levels are dialled down a few notches.

This means two things – the cyclone threat is over and, more importantly, you can enjoy many of the inland activities such as hiking, quad biking and zip lining.

Edwina Fletcher, the CEO of Webtours, the company that operates Just Honeymoons and Beach Travel, loves Mauritius and has travelled there more than a few times. Her favourite months to travel are between April and September.

On one of the trips in May she experienced a lot of wind on the East Coast, and recommends choosing a resort that is in a protected bay – as it can make the world of difference by being on the correct bit of coast!

On another trip, this time in August, she experienced a tropical storm in the South West but was greeted by the most beautiful weather when she reached the North West.

Mauritius really is a year-round destination. But keep in mind the areas you’d like to visit based on your needs and have an experienced travel expert on hand to advise you.

View Client FeedBack
We use cookies on our website to give you the most relevant experience by remembering your preferences and repeat visits. By clicking “Accept All”, you consent to the use of ALL the cookies. However, you may visit "Cookie Settings" to provide a controlled consent.
Cookie SettingsAccept All
Read More
Manage Cookie Consent

This website uses cookies to improve your experience while you navigate through the website. Out of these, the cookies that are categorized as necessary are stored on your browser as they are essential for the working of basic functionalities of the website. We also use third-party cookies that help us analyze and understand how you use this website. These cookies will be stored in your browser only with your consent. You also have the option to opt-out of these cookies. But opting out of some of these cookies may affect your browsing experience.
Necessary Always Enabled

Performance cookies are used to understand and analyze the key performance indexes of the website which helps in delivering a better user experience for the visitors.

Analytical cookies are used to understand how visitors interact with the website. These cookies help provide information on metrics the number of visitors, bounce rate, traffic source, etc.

Advertisement cookies are used to provide visitors with relevant ads and marketing campaigns. These cookies track visitors across websites and collect information to provide customized ads.

Other uncategorized cookies are those that are being analyzed and have not been classified into a category as yet.

SAVE & ACCEPT
Open chat
How can i help you?
Powered by
Hello 👋