The Maldives is a group of low-lying coral islands, forming an archipelago of 26 major atolls, situated south-west of Sri Lanka. A small percentage of the islands are inhabited and 87 are exclusive resorts, boasting tropical landscapes hugged by picture-perfect beaches festooned with palm trees. The myriad islands are surrounded by coral reefs enclosing shallow lagoons.

The Dhivehi people of the Maldives are descended from an ethnic mix of Aryan, Negroid, Sinhalese, Dravidian and Arab cultures. The history of the area was dominated by a succession of bids for control that began with Muslim rule in the 12th century. The Arabs were later supplanted by Portuguese then the British, until 1965 when the Maldives finally achieved full independence as a sultanate. The majority of Maldivians are Sunni Muslims and their lifestyle follows the traditions of Islam. Traces of ancient beliefs have endured in the form of superstitions centred on evil spirits.

The Maldives rely on tourism and fishing for their income, and with a large number of foreign visitors, eco-friendly tourism is gaining popularity in order to maintain the Maldives’ natural beauty for future generations. Very little tourism in the Maldives is independent, with most visitors opting for all-inclusive resorts and package tours. 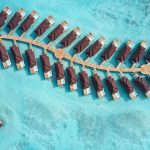 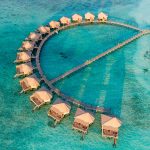 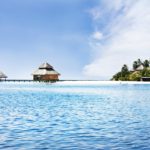 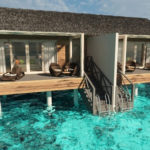 You & Me by Cocoon, Maldives

View Client FeedBack
We use cookies on our website to give you the most relevant experience by remembering your preferences and repeat visits. By clicking “Accept All”, you consent to the use of ALL the cookies. However, you may visit "Cookie Settings" to provide a controlled consent.
Cookie SettingsAccept All
Read More
Manage Cookie Consent

This website uses cookies to improve your experience while you navigate through the website. Out of these, the cookies that are categorized as necessary are stored on your browser as they are essential for the working of basic functionalities of the website. We also use third-party cookies that help us analyze and understand how you use this website. These cookies will be stored in your browser only with your consent. You also have the option to opt-out of these cookies. But opting out of some of these cookies may affect your browsing experience.
Necessary Always Enabled

Performance cookies are used to understand and analyze the key performance indexes of the website which helps in delivering a better user experience for the visitors.

Analytical cookies are used to understand how visitors interact with the website. These cookies help provide information on metrics the number of visitors, bounce rate, traffic source, etc.

Advertisement cookies are used to provide visitors with relevant ads and marketing campaigns. These cookies track visitors across websites and collect information to provide customized ads.

Other uncategorized cookies are those that are being analyzed and have not been classified into a category as yet.

SAVE & ACCEPT
Open chat
How can i help you?
Powered by
Hello 👋